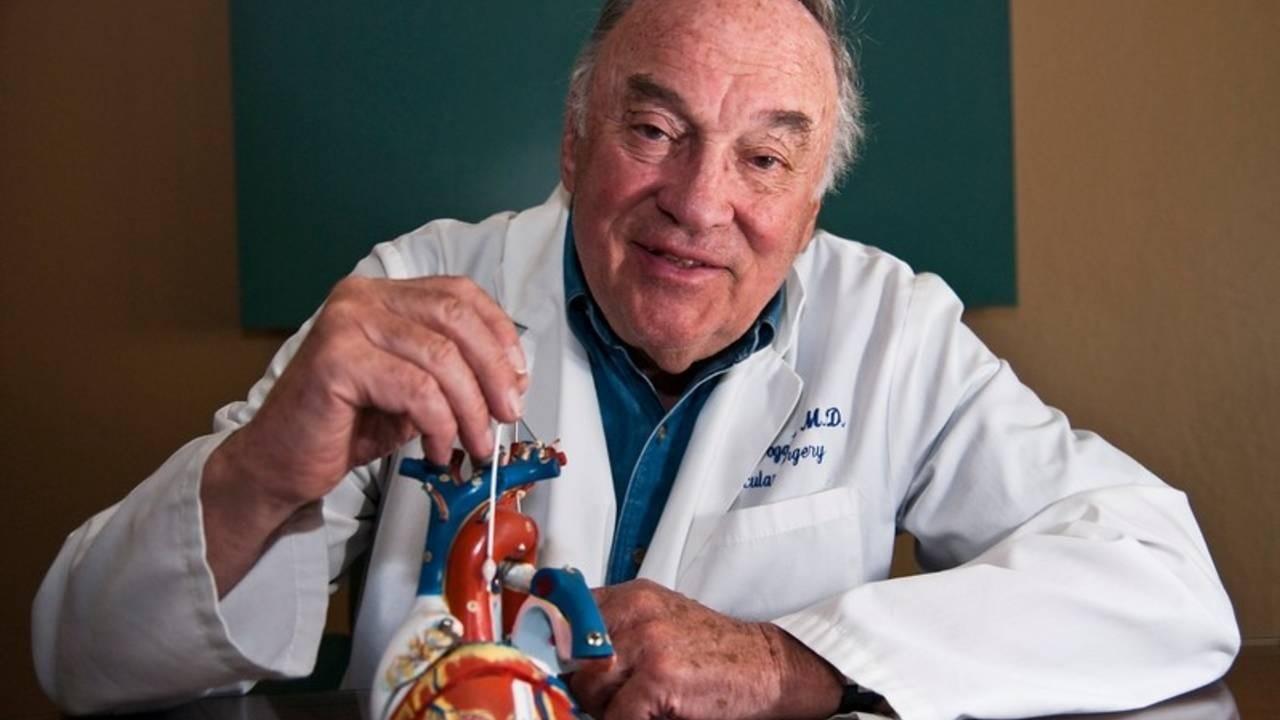 When reading about successful physicians it’s as easy to feel discouraged as inspired. Here’s one to inspire you.

Some medical students (and wine enthusiasts) may be familiar with Dr. Thomas J. Fogarty, surgeon, scientist, medical device inventor, and venture capitalist. Over the course of a 50 year career, Dr. Fogarty has enjoyed remarkable success in a number of areas, beginning with his a renowned career as a vascular surgeon. In addition to owning a vineyard, he co-founded over forty medical companies, holds 150 patents on surgical devices, has published 180 scientific articles and invented THE industry standard for removing emboli from the arterial system. Dr. Fogarty’s most notable inventions include the Arterial Embolectomy Catheter (aka the Fogarty Catheter) and the Aneurx Stent Graft. We can also thank him for the Stent-Graft, surgical clips & clamps, and the Hancock tissue heart valve.

Dr. Fogarty’s early life could not have predicted what he would later accomplish. He was born into a Cincinnati blue collar family during the Depression. In 1942, when he was only eight, his father died and he went to work to support his family. Even as a child he had a hunger for invention. In his teens, he cleaned medical equipment at the Good Samaritan Hospital, eventually earning a promotion to a scrub technician, at which point he was allowed to witness his first surgery. At the time, physicians had to use a primitive method to remove blood clots in a patient which involved placing the patient under anesthesia for an extended period of time, cutting long segments of arteries open and removing clots with forceps. The procedure frequently resulted in death or the loss of a limb over 50% of the time.

Dr. Fogarty knew there had to be a better way. He decided to become a doctor himself.

While still a medical student Fogarty began developing the world’s first minimally invasive device. After a significant amount of trial and error, he created the first prototype using a urethral catheter and a surgical glove finger as the balloon. Fogarty focused heavily on creating a product that resulted in the least amount of damage to a patient. After numerous experiments with the prototype, Fogarty figured out that the perfect material for the balloon that was strong enough not to burst, but flexible enough to easily move through arteries. Despite eventually becoming a medical industry standard that has saved thousands of lives, the catheter was not an overnight success.

Fogarty attempted for years to find a taker for his groundbreaking invention but no one took him seriously, citing a lack of credibility, experience and resources. How could this be? A life changing medical device, ready to save thousands of lives, but no means to bring it to its full potential. He pressed on, creating devices for himself and a small group of surgeons to use. Finally, in 1969, Dr. Al Starr, head of the cardiothoracic division at the University of Oregon, tried Fogarty’s catheter and showed it to a friend with the resources to manufacture it on a large scale. It had been ten years. The rest is history…

Most people, if met with such consistent rejection, would probably quit, but Dr. Fogarty was different. His passion and vision, not to mention amazing patience, kept him confident when others told him could not possibly succeed.

All of this to say, if you choose to work in a medical fields, patience is often critical to success. Dr. Fogarty is a great example of a renowned physician who had to wait years before his contribution was finally recognized. Revolutionary change requires determination, focus and relentless passion. Becoming a doctor is really hard. There will   be many days when quitting seems like the best option. Our advice? Commit to one more day of pursuing your dream, and afterwards if you need a break, take one. Most likely, you won’t need to. Rest and relaxation are important, but most people quit too early. Consider David Goggins’ 40% Rule. “When your mind is telling you you’re done, you’re really only 40% done.”

Where would the medical world be if Dr. Thomas Fogarty threw in the towel at 40%?

Today Dr. Fogarty resides in California with his wife and remains active in the medical and venture capital fields. Read more about Dr. Fogarty’s life today in this recent interview.