If you recall in a previous blog, we discussed Elon Musk’s latest venture, Neuralink. A quick recap. Neuralink is a San Francisco, CA based neurotechnology company founded by Musk in 2016. Neuralink’s primary goal is to combine humans and technology in phases. The first phase of this process will be aimed towards reversing  debilitating  neurological conditions, including but not limited to stopping epileptic seizures, restoring lost function in stroke and spinal cord injury patients and reestablishing memory in dementia patients. The second phase of the project is to connect the human mind with machines to advance the power of the human brain. Musk has noted that Neuralink’s mission is to not take over the world with computer chips in humans. He believes that humans will be left behind because our brain’s computing power is becoming eclipsed by machine computing power today.

Since our last blog post, the device has seen some significant improvements. Below you can see a before and after picture. The previous model required an external piece to be placed behind your ear. The new model is the size of a large coin. A small circle would be surgically removed from your skull and the device would be implanted via a robot.

Given the complexity and fragility of the human brain, Neuralink invented a robot to insert the threads into the cortex with extreme precision. The robot will use a microscope to insert each electrode allowing the machine to avoid damage to any blood vessels. To initiate the procedure, a 2mm incision will be created in the skull then dilated to 24mm. The robot will implement the threads with severe micron precision and a needle that is 24 microns wide. Finally, the chip will be placed into the hole and the skull will be glued shut allowing the scalp to grow over the incision.

The device can then be charged similar to an Apple Watch overnight. Musk has described the implant as a ‘FitBit for the Brain’. There will be an app on your phone that the device connects to, so you can communicate with it. Now what if you implant one of these devices and want to get rid of it? No problem says Musk. One of the pigs at his demonstration previously had an implant and it was later removed. Neuralink wants the installation and removal of the device to be seamless. In the case you would like to remove the device or upgrade to the next version, then it will be easy. 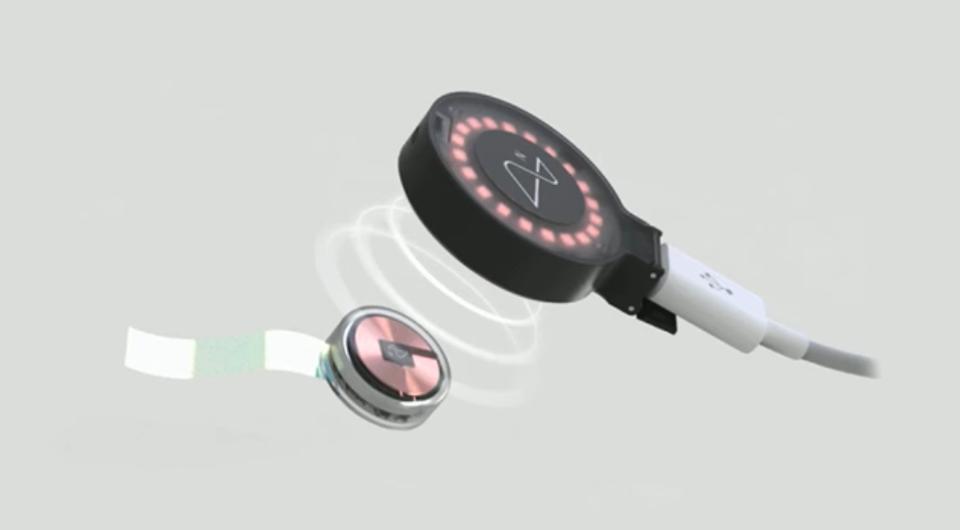 The device may seem like a Sci-Fi fantasy at first, but even the FDA is taking it seriously. According to Musk, the FDA has granted Neuralink a “Breakthrough Device” designation and is working with them on a future clinical trial for quadriplegics. With Musk’s almost unlimited capital funding the venture, it will certainly be exciting to see the future breakthroughs at Neuralink. We highly recommend checking out Musk’s presentation (link below) – it is quite long, so don’t hesitate jumping around to get to the action!

Want to learn more about other medical devices or ventures? Comment them below.