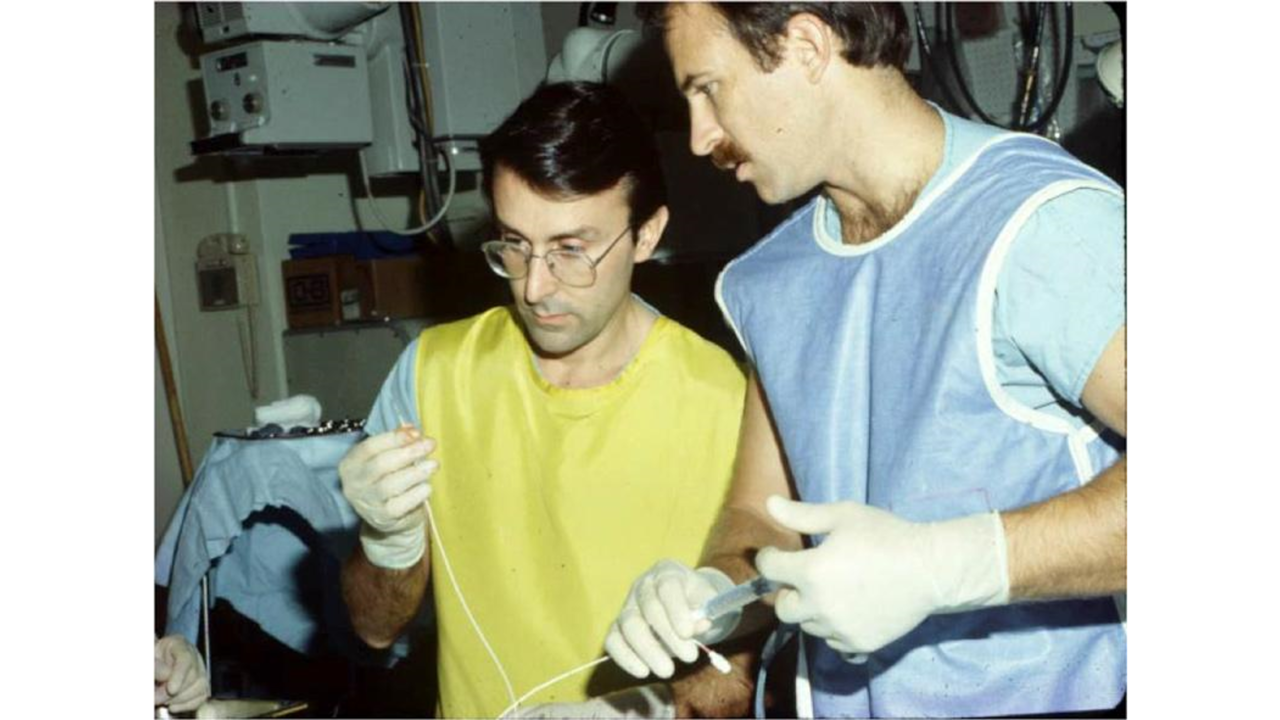 At age 74, Dr. Julio Palmaz and his wife Amalia enjoy a 100,000 square-foot complex with the underground depth of 18 floors, Palmaz Vineyards. The vineyard, cut into a grassy hillside in Napa Valley, is a gravity-flow vineyard with the largest wine cave in Napa Valley. The massive dome complex allows for true ‘gravity-flow’ winemaking, considered to be the purest form of winemaking. The construction of this winery took over eight years and $20 million to complete. How were Dr. Palmaz and his wife able to afford this masterpiece? One revolutionary invention, the Palmaz-Schatz Stent. Let us take a step back in time to see how the doctor created such an incredible device.

Born in 1945 in La Plata, Argentina, Dr. Palmaz was raised by parents of Italian descent. Dr. Palmaz attended the National University of La Plata in Argentina where he earned his medical degree in 1971. Followed by three years at the University of California at Davis’ Martinez Veterans Administration Medical Center where Dr. Palmaz trained in radiology. Palmaz began practicing interventional and vascular radiology at the San Martin University Hospital in La Plata in 1974.

After nine years of practicing in Argentina, Palmaz and his family immigrated to the United States in 1983 to start as the chief of angiography and special procedures in the radiology department at the University of Texas Health and Science Center at San Antonio. At this time, Palmaz had already began the brainstorming which led to his famous stent.

The doctor listened to a presentation in 1978 by Andreas Gruentzig, a German radiologist, who invented the balloon angioplasty. The device would utilize catheters to open vessels and increase blood flow, but the device was limited. Vessels could still close up afterwards, again restricting blood flow. The presentation inspired Dr. Palmaz. He began asking himself the question, how can I create the perfect device for increasing blood flow permanently and safely? From here the idea for the stent was born. 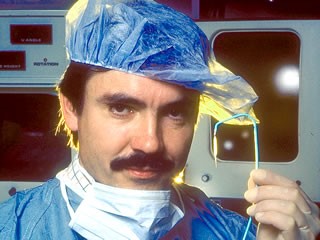 In Palmaz’s garage, the initial prototype of the stent was born. The doctor sketched out the device on paper and began attempting to build it in his garage simply using copper, a soldering iron and a few other common materials. The initial design was meant to mimic the shape of a metal lathe with staggered openings. Eventually after tinkering with the prototype, the doctor had a version that he could test on animals, including pigs and rabbits. The goal of the device was to insert the collapsed piece of mesh that would stand up and not re-collapse in the vessel. The animal tests were rather successful, so Dr. Palmaz began marketing the idea of his device to potential investors. Unfortunately, he received an underwhelming response, but this did not stop him.

Palmaz accepted the opportunity in Texas in 1983 because he was excited to bring his family to the United States, but he also was convinced by his mentor, Dr. Stewart Reuter, to take the position which granted him access to a plethora of resources to help him with his device. The resources in Texas allowed him to develop a stainless steel, insertable mesh stent with the advanced capability he wanted. Upon entering the body, the stent lays flat, but once it is in the blocked vessel the structure is expanded and secured allowing blood flow. Palmaz realized he had an amazing innovation, but needed more resources to take it to the commercial level, so he grabbed two new partners. The first partner was Phil Romano who invested $250k in exchange for partial ownership in the invention. The second partner was a cardiologist from Brooke Army Medical Center, Dr. Richard Schatz. Dr. Schatz was a logical partner given his extensive experience in cardiology; however, Romano was a peculiar choice since he made his fortune in the restaurant business. Nonetheless, the team partnered up and incepted the Expandable Graft Partnership in 1988 and began marketing the product.

After a roadshow of the device to a number of companies, Johnson & Johnson licensed the stent technology for approximately $10 million plus royalties. What is the difference between licensing and owning you may ask? Licensing is a grant of the right to use the device for certain specified purposes in a certain area for a certain period of time. However, J&J would have no legal ownership over the device, the R&D or any other core competency of the Expandable Graft Partnership.

By 1991, J&J invested an incremental $100 million for the research & development of the stent, which allowed the product to achieve approval for use in peripheral arteries and soon after coronary arteries (1994). In less than 10 years, the stent was used in 80%+ of percutaneous coronary interventions, an unparalleled success. With the stent, J&J had 90% of the stents market and made a cash offer to purchase the Expandable Graft Partnership in 1998. The trio accepted the offer of approximately $500 million to purchase the stent.

The cash payout allowed Dr. Palmaz to fund his future ventures including Advanced Bio Prosthetic Surfaces, Palmaz Scientific, Palmaz Vineyards and a renowned Porsche collection (maybe not a venture, but it includes the Porsche 917-023, the first victory at Le Mans for Porsche – check it out). The doctor has earned 17 patents and has been honored with a number of awards including the 2002 International Society of Endovascular Surgery Honor Award for Excellence, the 2003 Presidential Distinguished Scholar Award from the University of Texas San Antonio and induction into the National Inventors Hall of Fame.

Dr. Palmaz’s stent is implanted over 1.1 million times annually across the world and is used in coronary arteries, peripheral arteries, the trachea, the urethra, the bile ducts and colon. After the sale of the stent to J&J, Palmaz remained at the University of Texas as Chief of Angiography and Special Procedures until 1999. 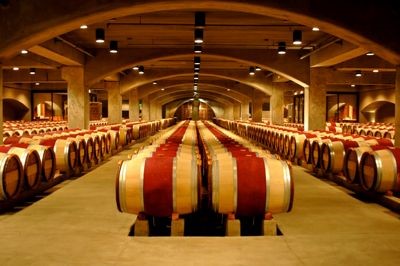 We have shown how Dr. Palmaz spent his earnings from his stent invention. How will you spend yours? Comment below.