The Largest Spinal Patent Portfolio in the World 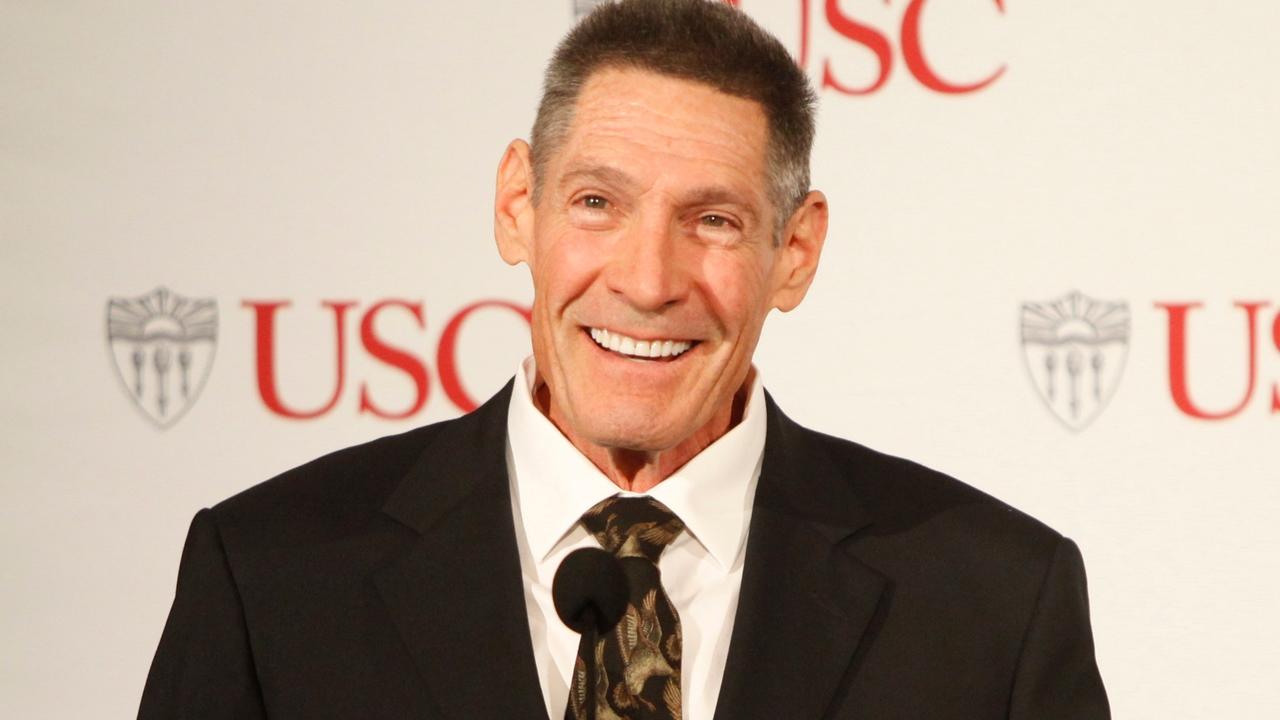 Gary K. Michelson is a world-renowned orthopaedic surgeon, medical innovator, and philanthropist. The self-made billionaire is best known of revolutionizing the spinal surgery industry. Born on January 14, 1949 in Philadelphia, Pennsylvania, Michelson was one of four sons. Michelson and his brothers were raised by his mother and grandmother.

In 2005, Michelson catapulted himself to the Forbes 400 list after completing the sale of his patents to Medtronic for over $1 billion. The doctor has remained on the Forbes 400 list since 2005 and has used his wealth to drive a number of philanthropic ventures. Let us dive into what made Michelson’s patents worth 9 figures.

Michelson began to invent devices due to ineffective spinal procedures and the size of his hands. Yes, you read that correctly. When Michelson’s career began as a spinal surgeon, the specialization was frowned upon by other surgeons because of their inefficient and futile methodologies. There were numerous spinal procedures which required the surgeon’s hand to enter the patient’s body to access the spine. Since Michelson's hands were so large, patients were terrified of the scars they would receive from his outsized hands. Michelson thought – “there must be a better way to perform these procedures?”

This thought process was the catalyst to Michelson inventing less invasive solutions for spine treatment. An industry that was considered to be stuck in its own way in the ‘70s would contribute to a difficult path for Michelson, but he did not let this stop him. A mentor of Michelson’s in residency attempted to talk him out of entering the field of spine surgery because of the poor reputation.

Michelson continued on anyways and took it upon himself to speak with top experts in the space to learn what their best practices were. The results horrified him. An overwhelming majority of spinal surgeons routinely performed operations with disastrous results and no attempt to improve the process. Michelson began brainstorming on how to revolutionize the industry.

The first major spinal invention of Michelson’s was focused on how to treat a disc herniation. As many of you already know, a disc herniation typically occurs slowly over time instead of a sudden incident. The slow protrusion of the disc pulls the periosteum along with it, ultimately creating an osteophyte underneath the herniation. Once the disc is removed, the osteophyte still remains causing severe pain for the patient.

The treatment of this problem is so challenging, like many other surgeries, because the surgeons are practically flying blind. The procedures entail small incisions and operating five to seven inches below the skin. To solve this dilemma, Michelson invented the MicroDiscectomy System(1), a custom set of surgical tools designed to operate on a herniated disc with extreme efficiency. A traditional discectomy required a four inch incision and excessive stripping of the muscle from the spine to reveal the disc. The scraping of the muscle led to post-operative pain and longer rehabilitation periods. 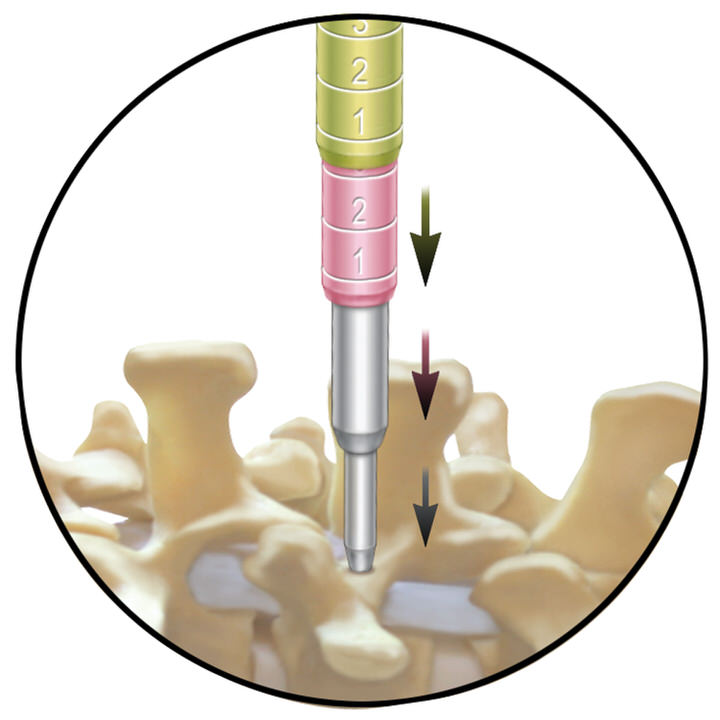 The MicroDiscectomy System utilized bayoneted surgical tools with metal tubes of varying sizes used to create and maintain openings to spinal elements. The tubes would be inserted one-by-one from small to large to create an opening in the spinal muscle. The opening becomes large enough for tools to be used to remove the spinal elements causing pain. The system provides a muscle-splitting approach which allows surgeons to access the spine with a posterior approach without cutting or removing from the spine. 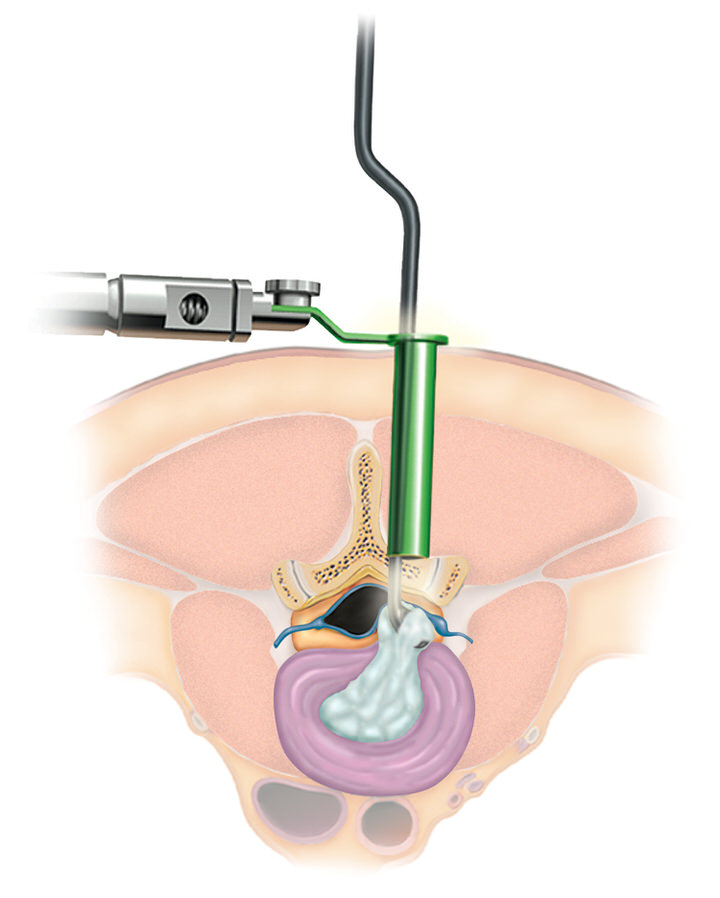 The resulting surgeries were so successful that other surgeons began asking Michelson where he obtained the tools and how could they get their hands on them. In turn, the doctor called up his tool designer to manufacture more tools for the interested surgeons. The demand drove Michelson to bring his tools to a healthcare conference. At this conference, Johnson & Johnson offered him his first licensing deal.

Despite the doctor’s revolutionizing inventions, not everyone took onto them immediately. Michelson met with a prominent spinal surgeon to showcase a new surgical tool and methodology. In the first few minutes of Michelson’s presentation, the surgeon stopped him and said I’m not interested. The other doctor’s rationale was that it was too late in his career to learn any new tricks. Shocking to hear this as you would expect a doctor to continue to perfect their craft with new technology. However, you can find this mentality in any profession, industry or geography. It is human nature to become complacent.

Michelson continued to shake up the industry with an invention spree in the spinal space. Today, the doctor holds over 340 patents and over 950 issued or pending applications worldwide. The largest spinal patent portfolio of anyone in the world(2).

Interestingly though, it took Michelson over 5 years of legal battles in the courts in order to receive the billion dollar pay day for his patents. In the 1990’s, the doctor licensed a portion of his patents to Sofamor Danek, a spinal and orthopaedic products company based in Memphis, Tennessee. In 1999, Medtronic acquired Sofamor Danek for $3.1 billion(3). The acquisition resulted in a dispute between Michelson and Medtronic over the right to use Michelson’s patents. After the long legal battle, the jury ruled in favor of Michelson. The ruling determined Medtronic would pay Michelson $550 million to settle the lawsuit and $800 million to acquire the patents(4).

Immediately upon receiving the funds from the transaction, Michelson began the philanthropic stage of his career. The doctor’s philanthropy includes the Michelson Medical Research Foundation, Found Animals Foundation and the development of a vaccine. Michelson is considered a lead supporter of the Sabin Vaccine Institute’s effort to formulate a vaccine to combat parasitic worm infections. These infections impact over 400 million people annually, most of the victims being children(5).

Today, Michelson resides in Los Angeles, California with his wife and three children. We hope his story has inspired you to shake up the status quo. No matter how crazy it seems.

If there are other medical professionals you would like to learn about, please comment their names below.